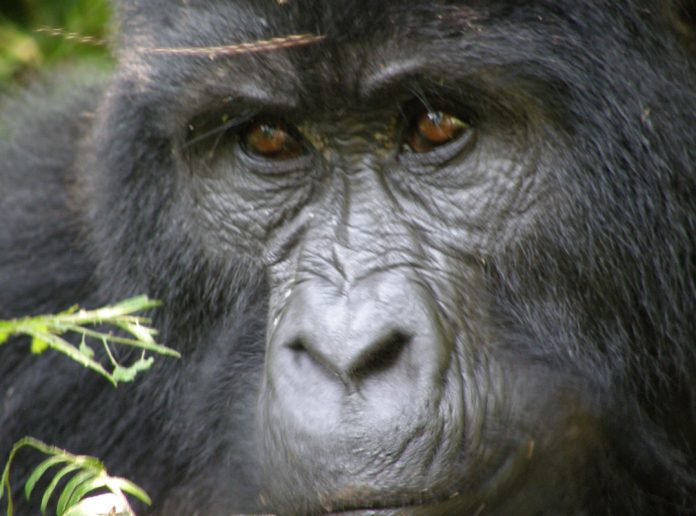 The Mountain Gorilla Programme was started in 1978, and from it evolved the International Gorilla Conservation Programme (IGCP) launched in 1991 as a joint initiative between three non-governmental organizations: the African Wildlife Foundation (AWF), Fauna and Flora International (FFI) and World Wide Fund for Nature (WWF). IGCP’s overall goal is to ‘ensure the survival and long-term conservation of mountain gorillas and the afro-montane and medium altitude forest habitats in Rwanda, Uganda and Zaire’. The organisation works in partnership with the protected area authorities in each of the three countries: Office Rwandais du Tourisme et des Parcs Nationaux (ORTPN), Uganda Wildlife Authority (UWA – a recent restructuring and amalgamation of Uganda National Parks and the Game Department) and Institut Zairois pour la Conservation de la Nature (IZCN), and covers the entire region where mountain gorillas are found.

IGCP’s activities reflect the broad spectrum of conservation needs within the region, and the variation between the three countries in terms of sociopolitical stability. In addition to country-specific activities, IGCP is working towards a regional initiative which is reflected in some planned and on-going regional activities such as training and cross-border anti-poaching efforts (which will recommence when the political situation allows).

Within Uganda, IGCP has a long-term focus and is primarily working with UWA towards the development of an ethos for ecotourism, the establishment of sustainable ecotourism programmes in the Bwindi Impenetrable and Mgahinga Gorilla national parks, and ensuring that such tourism is properly supervised and controlled. IGCP is also working with other partners in helping UWA develop a benefit-sharing programme; a proportion of revenue raised by UWA in Bwindi and Mgahinga goes towards the financing of projects proposed by the communities adjoining the respective parks. Revenue has been used to build community projects such as schools and health clinics. In addition, Bwindi has been zoned, the utilisation zones permitting honey gathering and the controlled collection of medicinal plants.

IGCP in Rwanda and Zaire

IGCP’s work in Rwanda and Zaire has had a different focus from that in Uganda, largely as a result of the war in Rwanda and consequent refugee crisis which has led to a number of environmental concerns emerging in the region. Pressure is being exerted on the Virungas in an effort by the refugees to meet their daily resource needs such as fuelwood, water, food, shelter and forage for livestock. With the increased human activity within the park, the potential risk of an outbreak of a human disease within the primate populations could prove significant. Efforts towards mitigating the environmental impact of the refugees on the natural resources have included developing methods to control illegal harvesting and poaching from the park, and helping enforce new regulations regarding wood collection, by providing field allowances and food provisions to park guards conducting patrols.

In Rwanda, specific activities have been funded by IGCP to enable the protected area authority (ORTPN) to resume their vital conservation and management work, including a demining campaign in Volcanoes National Park by a team of experts from the Rwanda Patriotic Army. Also, IGCP has provided substantial financial support for most of the infrastructure repair for the PNV, including rations for patrols, fuel, car maintenance, salaries and equipment. In trying to meet the short-term needs in both countries, including the immediate needs of the guards and guides whose task it is to protect the mountain gorillas, IGCP has provided the necessary equipment to enable the guards and guides to work effectively. IGCP has purchased uniforms, walkie-talkie, boots and bullet-proof vests (poachers carry AK-47s and thus make working in the forest sometimes dangerous and risky). In addition, the training of guards and guides has been initiated, covering topics such as forest and gorilla ecology, anti-poaching patrols, monitoring and surveillance of the habitat and First Aid.

A recent threat in Rwanda was the possibility of a section of the Volcano National Park being degazetted for resettlement. After a significant input by IGCP staff, working with the relevant Ministries to develop a strategic action plan for the resettlement of returnees to Rwanda, IGCP was assured that the threat to PNV had been quashed, and that the park would not be degazetted. The mountain gorillas escaped the war with only one confirmed casualty, a young male was killed by a mine. It was shocking when, after the war, eight mountain gorillas were found dead in 1995. Four Bwindi gorillas from the Kyaguliro group were speared and a baby gorilla taken. Despite informing the TRAFFIC and CITES networks, zoos and others from around the world, the youngster was never traced. The other four were from Virunga National Park in Zaire. They included Salama in Bukima (by the time his body was found, only bones remained and results of a post mortem were inconclusive as to the cause of his death), Rugabo in Djomba and Luwawa near Bukima on the slopes of the Mikeno volcano. A female in Rugabo’s group was killed together with the silver back. A two-and-a-half-year-old male was poached from the group but was later retrieved near the Uganda border. IZCN and IGCP successfully reunited the youngster with his family.

The underlying motive behind these poaching incidents is still unknown. It is perhaps to meet an international demand for infants, or perhaps to sabotage IZCN’s major source of revenue. Whatever the motive, the lesson is that the mountain gorilla population still faces potential risks, and conservation must, therefore, be continued, strengthened and coordinated. As a direct result of the poaching incidents, IGCP has been funding round the clock patrols of the habituated gorillas in Uganda and Zaire, and 12-hour patrols in Rwanda.

In contrast to Uganda’s relatively stable sociopolitical environment, the current refugee crisis in Rwanda and Zaire has created an unstable and potentially volatile situation. A number of environmental concerns emerging in the region are a threat to the mountain gorilla population. The urgency of the situation needs to be emphasised: the more permanent the refugee camps in Zaire, the greater the potential threat to the great apes. Nevertheless, the refugee crisis is on-going. Therefore, continued support is essential to ensure the survival of the mountain gorillas. By providing technical and logistical support, IGCP is working towards its long-term goal of protecting the afro-montane habitat and the rare mountain gorillas throughout their entire range.

Gorilla tourism is gaining popularity in all the three countries. There are two groups of mountain gorillas habituated for tourism in Bwindi: the Katendegere group and the Mubare group. There are also two groups in Mgahinga Gorilla National Park, but they are only in Uganda for 6 months of the year: March to May, and October to December. The rest of the time they are in Zaire. In Rwanda, Susa and Sabyinyo groups are open to tourists. In Zaire, the groups open to tourism are Rugabo, Rugendo (in Djomba), Luwawa, Rafiki, and Ndungutse (in Bukima). However, the dominant silverbacks in the Rugabo and Luwawa groups were poached last year.

Gorilla Tourism Regulations Tourists are restricted to a one-hour visit to minimise disturbance to the gorillas;

Bwindi, which in the local language means dark, impenetrable, fierce, isolated and muddy, is currently the most popular gorilla tourism destination. However, as well as housing half the world’s population of mountain gorillas, Bwindi also boasts a great diversity in plant and animal species. This probably as a result of its size, altitudinal range and likely role as a Pleistocene refugium.

The forest is home to at least 120 mammal species, making it one of Africa’s richest forests in mammalian diversity. Records indicate that both the buffalo and the leopard lived in the park until the 1970s. Due to extensive poaching in the past, only about 20 elephants survive today. Other mammals in Bwindi, include bushpig, giant forest hog, black-fronted duiker, yellow-backed duiker, clawless otter, golden cat, side striped jackal, civet, genet, and numerous species of bat and rodent. And together with the mountain gorilla, there are seven species of diurnal primates: chimpanzee, blue monkey, red-tailed monkey, black and white colobus, baboon, and l’Hoests’s monkey, and various species of nocturnal primates: the potto, Demidoff’s galago and the needle-clawed galago.

There are at least 346 bird species, of which 187 are typical forest species, and several are regional endemic species. Fourteen snake species, 27 of frogs and toads, six chameleons, and 14 species of lizards, skinks and geckos are found in Bwindi. Over 200 species of trees have been identified, 10 of which occur nowhere else in Uganda, and 16 of which show a limited distribution elsewhere in the country.

The trail network is being expanded to encourage tourists and others to enjoy the many other attractions of the forest in addition to the gorillas, for example, birdlife. The tour guides are trained in forest ecology, and are able to point out most species.

Bwindi was first gazetted in 1932, as two protected forest reserves, under the names Kasatoro and Kayonza Crown Forests. In August 1991, having continually changed protective status through the intervening years, Bwindi was made a National Park, and has since been known as the Bwindi Impenetrable National Park.

The districts of Kabale, Rukungiri and Kisoro, which encompass Bwindi, are among the most densely populated areas in Uganda. The local communities have relied extensively on the forest in the past for a wide range of products and services. Activities carried out in Bwindi traditionally included logging, mining, hunting, cultivation, beekeeping, and the collection of medicinal herbs, firewood, poles, and basket-making materials. Such activity was terminated when Bwindi was gazetted as a National Park. Thus, the benefit-sharing programme is an essential component of the Forest’s conservation; it ensures that the communities living next to the park still benefit from it. This is essential for the conservation of Bwindi in the long-term.

For more information and/or to donate to gorilla conservation please contact the following: East Africa