Under a Tourism Master Plan aimed at establishing a low-volume, high-cost industry and discouraging mass tourism, the Tanzania Government is implementing a new policy to improve the quality of tourism. The Government has budgeted over US$150 million for a five-year programme to upgrade the infrastructure.

From now until the year 2000, the Ministry of National Resources and Tourism plans to increase visitor numbers from the current 300,000 to an optimum 500,000 through product diversification and enhanced facilities. In a bid to create a quality product and avoid overcrowding in the wildlife parks and reserves that can damage the fragile ecosystems, tourism officials will strive to maintain the optimum number while increasing per capita revenue from the current $666 to $1,000. This should generate some $500 million a year, making tourism one of Tanzania’s top foreign exchange earners alongside coffee.

Announcing the new tourism policy, the Minister for Natural Resources and Tourism, Dr. Juma Ngasongwa, said the strategy was designed not only to improve the infrastructure, but to create sustainable tourism development by “diversifying from the traditional wildlife product into coastal, cultural and historical tourism”. 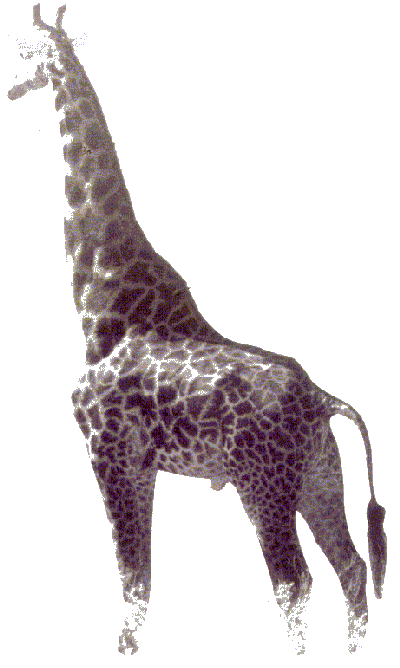 A major programme to improve hotels and lodges by rehabilitating the existing ones, and investing in new high quality ones is already underway.

The authorities are also developing a new tourist circuit in the south (the Southern Tourist Circuit). This includes the Selous Wildlife Reserve (the largest wildlife reserve in the world), Mikuni, Ruaha, Udzungwa, Katavi and Gombe Stream National Parks together with the development of coastal and cultural resorts around Dar-es-Salaam, including Zanzibar, Mafia Island, Bagamoyo and Tanga.

A major development of infrastructure and tourism facilities is planned in Zanzibar which is a fast growing centre for cultural, historical and coastal tourism. The plan is to upgrade and build a new road network throughout Zanzibar and Pemba. It will also improve airports and harbours, renovate the Old Stone Town, and support the establishment of a proposed Marine Park at Mesali Island in Pemba.

Longer stays will be encouraged by promoting special interest holidays such as sport fishing in the Pemba Channels and Mafia Island, birdwatching at Lake Manyara, Mkomazi Wildlife Reserve, and at the Usambara Mountains, and visits to cultural, historical and archaeological sites.

The tourism strategy calls for the development of improved accommodation on Mount Kilimanjaro and Mount Meru and for new National Parks offices and student hostels. Access roads to and within national parks and coastal resorts will be developed, especially the creation of a new tourist circuit in the northern parks (Kleins Camp/Monduli) and new coastal roads. There is a plan to upgrade seven strategic airstrips to the wildlife parks and reserves and to undertake a comprehensive study on domestic air transportation. Improvements are planned at all international airports for handling tourists, and at airports for small charter planes, and at Dar-es-Salaam Harbour.

New visitor and cultural centres will be established at various parks and at the Namanga borderpoint which is a major tourist entry point to and from Kenya. Major improvements and developments are planned in all the national parks and wildlife reserves on entrance gates, ranger posts, workshops, and in waste control. Support will be provided for the completion and preparation of the Environmental and Management Plan for all the parks and reserves, community share programmes and for the development of the Mafia Island Marine Reserve. Arusha, a major tourist centre, is to be developed and a study commissioned and a new multi-cultural tourism centre set up at Bagamoyo 30 kms north of Dar-es-Salaam. Funds will be provided to boost manpower training in tourism and hotel management. A hotel school training up to Diploma/Degree level is planned.

Assistance will be provided to improve Tanzania’s tourism marketing through the production of promotional material, improved participation at international travel and tourism exhibitions, and the launch of promotional road shows. Technical assistance will be provided to improve market research and statistics, and establish overseas marketing representation.

Tanzania has some of the world’s richest concentrations of wildlife and its commitment to conservation is highlighted by the Government’s plan to limit both the number of lodges and visitors in its major Northern Tourist Circuits comprising Serengeti, Ngorongoro Crater, Tarangire, and Lake Manyara national parks. The Government has fixed a 10-year moratorium on the development of new hotels and lodges in Serengeti, Lake Manyara and Ngorongoro. After the completion of the New Serena Lodge no more lodges will be permitted on the Ngorongoro Crater rim. Mkomazi Wildlife Reserve is being rehabilitated and is being developed specifically for ecotourism, tented camps, bird-watching and walking safaris.

Tour operators, hoteliers, travel agents and airline representatives met in Arusha on April 2-3 to establish a high level dialogue with the Government and to harmonise and co-ordinate the tourism sector. A landmark decision was reached by the delegates to establish an apex organisation, the Tourism Council of Tanzania.

Recently, the World Bank completed a Tourism Infrastructure Plan and the European Union is finalising a Tourism Master Plan for Tanzania. Funding for these developments is expected to come from private sector investments, international donors, and the Government. The cost of the infrastructure development is more than $100m, while the cost of tourism marketing, promotion and diversification will average $8m yearly over the next five years. Some of the new tourism policy investments have already begun though the funding for the major components will not be ready until the end of the year. The implementation is expected to take five years.

The Tourist Board plans to increase the number of tour operators promoting Tanzania by providing sponsored familiarization trips to tour operators, travel agents, travel trade journalists and other media representatives.