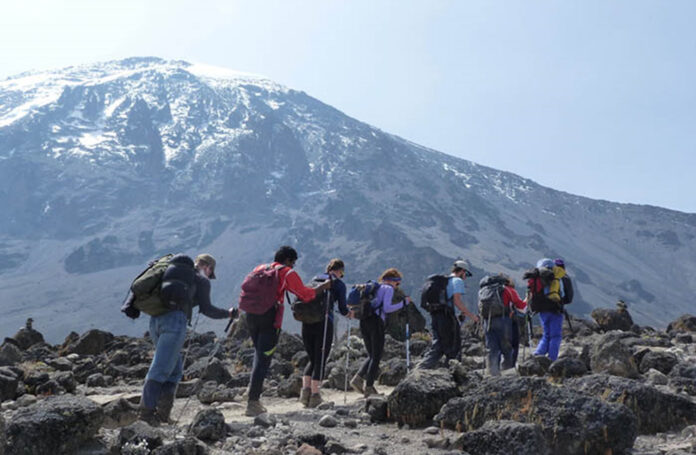 There are plenty of wrong ways to climb Kilimanjaro – wrong shoes, wrong backpack or wearing a full evening dress, perhaps. But the right way to climb it will depend on how fit you are, what your preferences are and how you like your challenges.

So Experience Africa poses four important questions that will help you to decide which of the four most common routes to take.

Let’s take a look at the routes and you’ll be clearer about which route is best for you.

The Marangu Route is an old favourite. It’s the most well-established route and used to be the most popular because the slopes are more gentle and easier to climb. It’s also called the Coca-Cola route because if you can drink a can of cola then you can climb this route. Or because it makes you gassy. We’re not sure.

However, in the recent years Marangu Route has been kicked into second place by the more popular Machame Route – more of this in a minute!

Machame Route is the favourite route among climbers and it’s also called the Whisky Route because it’s a tough climb (much tougher than the Coca Cola route above!). The classic climb to the top is six days, although you can add an extra day for better acclimatisation. Together with the Lemosho Route, it’s the most picturesque route on Kilimanjaro. The hike follows steeper paths and is more of an adventure, especially because of the famous Breakfast Wall (Barranco Wall), which you’ll tackle immediately after breakfast – hence the name. On the fifth day the route merges with Lemosho Route to Uhuru Peak.

Lemosho Route is one of the quieter routes although we’ve noticed it’s become more popular recently. This route has fantastic views. You’ll take seven or eight days to reach the summit and on Day Five it’ll join with the more popular Machame Route at Shira Plateau and from there share the same path to the summit.

Rongai Route is the only route that approaches Kilimanjaro from the north, along the border between Kenya and Tanzania. It’s the wildest and quietest route. The north is also drier and less wooded, which makes Rongai Route the ideal route for the rainy season.

The Northern Circuit route is the newest and longest route – and did we mention it’s also truly beautiful? You’ll take nine days to reach the summit and, boy, you’ll remember every single one of those nine days!

The Umbwe Route is the most challenging route up Kilimanjaro. It’s the steepest route with little opportunity for acclimatisation and so it’s only for the experienced high-altitude climber. It’s a fantastic, energising, life-changing climb amid knife-edge ridges, sheer-drop gorges and the most amazing panoramas. But it’s only suitable for you tough, experienced adventure freaks out there. We don’t recommend it for normal, sane people.

Still not sure about the right route for you? Having trouble deciding between them? Our team is always happy to answer your questions.

Travelling alone and want to join a group? Ask us about our group departures.