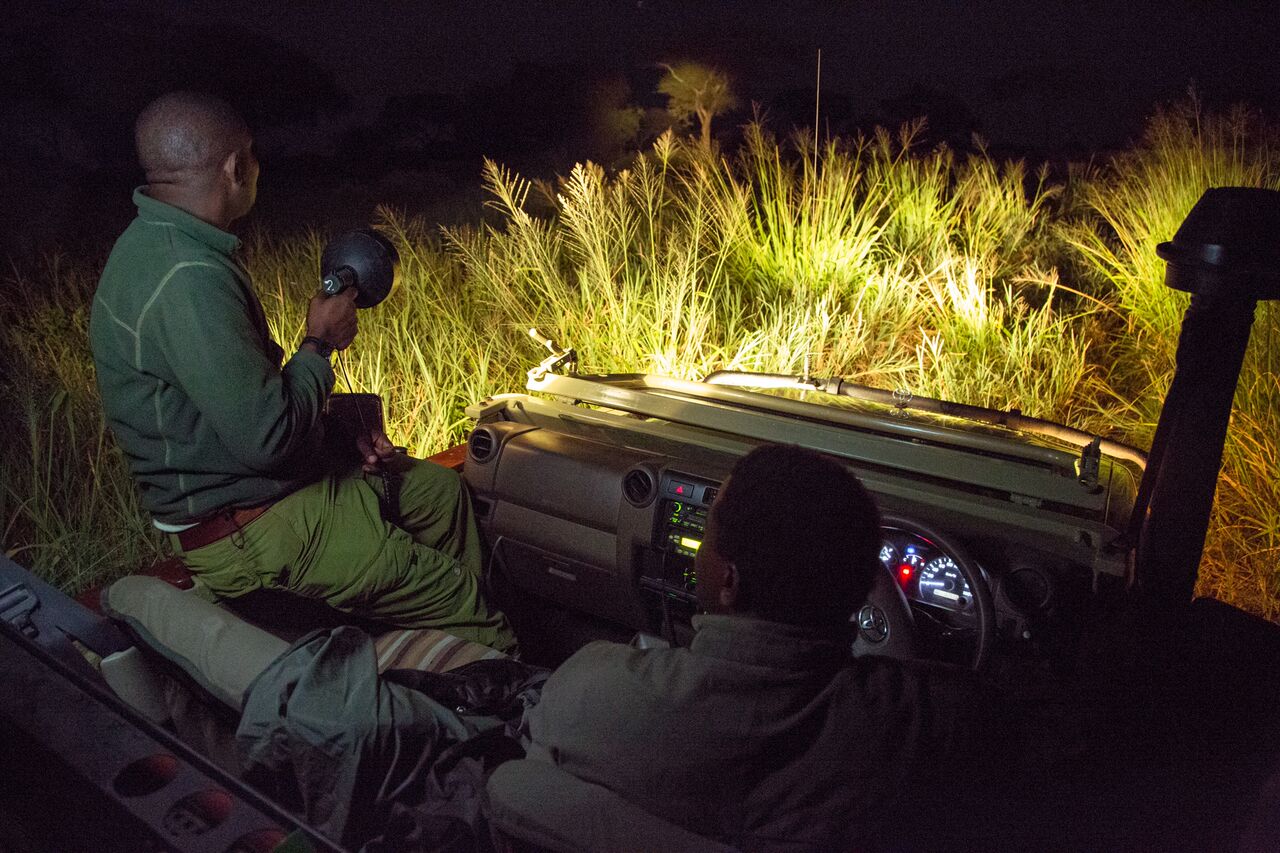 The pearl of Africa- Uganda, like the name suggests has a lot to offer you while on your safari to Africa. Uganda is a rich destination for adventure ranging from the gorilla safaris to African big five safaris and so much more. Before we ponder upon what the top ten safari experiences in Uganda are, you may need to discover what makes it a ‘great safari experience’.

What makes a great Safari experience?

The ultimate safari experience is achieved according to how you feel during your safari. It is the authenticity and realness of the experience that leaves each guest feeling overwhelmed and excited beyond belief when they visit Uganda.

What are Uganda’s top 10 safari experiences?

The notion ‘best gorilla trekking experience’ differs from every single traveler. In my opinion, gorilla safaris in Uganda are an incredible must try adventure only achieved from the south western part of the country. For the longest time, mountain gorilla safaris have been the leading safari experiences in Uganda. Bwindi impenetrable national park and Mgahinga gorilla national park are the only two places where mountain gorilla trekking and mountain gorilla habituation is done in the country. The two national parks reward visitors with a stunning view of these great endangered apes not to mention the incredible photographic moment. The chance to stay around half of the world’s population of endangered mountain gorillas alongside other magnificent forest species including forest elephants and antelopes is incomparable to any.

Kibale forest national park is Uganda’s leading chimpanzee tracking destination. The park has the highest diversity of primates including over 1500 chimpanzee population. Popularly, the park rewards guests with incredible chimpanzee trekking and chimpanzee habituation experiences. The stunning encounter with man’s closest relative is an unforgettably once in a life time experience that you need to explore on your safari to Uganda.

The term ‘big five’ refers to the five most difficult animals to hunt on foot in Africa. The big five animals include: elephants, lions, Rhinos, leopards, and buffaloes. Not only are they the hardest animals to hunt in Africa, but also are among the most spectacular of wild game. Although some of these species are unevenly distributed among the national parks in the country, some of these species are endemic to almost all national parks.

Famous for taming the vegetation, Uganda has about 5000 elephants today distributed in several national parks. This largest terrestrial mammal on earth (elephant) exhibits complex intelligence, social behavior and plays a key role in eco systems. Elephants are found in all savannah parks except Lake Mburo national park. On the other hand, Kibale forest national park is popular for forest elephants.

Ziwa rhino sanctuary is the only destination where Rhinos are found in Uganda. Sited in Nakasongola north of Kampala, the sanctuary sits on 70 sq km. Ziwa rhino sanctuary is home to the endangered white rhinos whose population is about 20 individuals. Rhino tracking at the sanctuary is therefore a unique adventure which allows you to see rhinos on foot at a safer distance while on a Safari to Uganda. You wouldn’t want to miss the awesome experience of taking pictures of the rare white rhinos as they feed in their habitat.

Located in the southern part of Queen Elizabeth national park, Ishasha sector is the best Spot in all of East Africa where you way see a unique species of Tree-Climbing Lions.  These rare tree- climbing lion species are by most tourists the most thought about species after the mountain gorillas. More so, in Queen Elizabeth national Park along the Kasenyi Plains, guests may also track collared Lions.

The larger savannah buffalo and the small forest buffalo are the two sub species of buffaloes found in Uganda. Buffaloes live in two families- the family herd which is comprised of females and calves, and the bachelor herd with each having several hundreds of individuals. The best places to spot buffaloes are Queen Elizabeth national park, Lake Mburo national park, Murchison falls national park and Kidepo valley national park.

Uganda is known as Africa’s prime bird destination with a list of about 1000 bird species recorded. The country is a birders paradise hosting over half of Africa’s birds, making it one of the richest birding destinations in the world. Birds in Uganda are found in diverse habitats from the shoreline of great lakes; to the forests in the Albertine rift and banks of the River Nile. Here are some of the bird species in Uganda: shoe bill, green-breasted pitta, African green broad bill, Great blue Turaco, Shelley’s crimson wing, Standard- winged night jar, short- tailed warbler, Doherty’s bush shrike, bar- tailed trogon, Black- breasted barbet, pelicans, and many others.

As a country rich with drainage systems, sport fishing in Uganda is incomparably one of the best sport fishing destinations. Uganda is blessed with several water bodies which support the sport especially numerous lakes, incredible rivers, beautiful swamps, wetlands among others. Over 350 fish species have been recorded to be found in Uganda water bodies such as tilapia, the big Nile perch, cat fish, tiger fish and many others.

This life time adventure in Uganda can be explored at Murchison falls national park usually at the base of the falls as you spice up your game viewing; Lake Victoria where it is an all year round adventure; Mount Elgon around the Sipi falls area found near the park; Lake Mburo national park especially at Mazinga and many others upon prior booking. Interested guests are advised to carry their own fishing equipment or hire from the park head quarters if interested in the sport.

Uganda has two best mountaineering destinations- Mountain Rwenzori situated in the West and Mount Elgon located in the far East. Rwenzori Mountains are Uganda’s prime destination for mountaineering safaris rewarding trekkers with stunning view points of relief and vegetation. While on a mountaineering safari, skilled mountaineers take on the adventure of climbing the two mountains (Rwenzori and Elgon) on the quest to reach the mountain summits. Rwenzori Mountains have two main circuits, Kilembe and the central circuit trail with each lasting for 9-12 days where one is rewarded with a sight of the snow peaks: Stanley, Speke, Baker, and the highest Margherita. Mt Elgon on the other hand has three circuits, Sasa trail, Sipi trail and Piswa trail which last for 3-4 days.

Other mountains on which mountaineering can be done include: Mount Moroto situated in the far east along the Kenyan border and Mount Muhabura located in south western Uganda.

For the longest time the need to cherish and appreciate culture has been at the fore front of Ugandan tourism. Many visitors while on safari to Uganda are encouraged to learn about the lives of the people who live around the national parks. During a cultural safari, guests learn about the ways of life of the people in different communities, their food and forms of worship, dress code and farming among others.

Uganda is known for some of the finest white water rafting activities in the world. This unforgettable experience is popular along the River Nile in Jinja where the Nile River explorers enjoy a day’s raft along giant water slides. Guests are given the opportunity to choose between an easy or more difficult route before the rafting begins. Participants are given life and strong helmets to protect in case they trip over. Despite the intensity of some rapids, guests who engage in this activity agree that it teaches one to remain calm under pressure.

While on a nature walk, guests experience the beauty of the nature and get close to the wilderness.

The vast landscape and varied scenery of Murchison falls conservation area can be explored on foot. Trails through Kaniyo Pabidi and Rabongo forests provide sightings of the shoebill, 45 minutes hiking through the woodland to the top of Murchison falls among others.

Nature treks are one of the more active ways to the more active ways to explore the land scape and wildlife of Queen Elizabeth national park. Locations include: the shady Maramagambo forest, with many bird species, a bat colony and all white cormorant tree. Mweya peninsula offers savannah and woodland with beautiful views and bold warthogs. The southern part of the park visitors enough a variety of forest savannah bird and mammal species.

The Lamoj Mountains can be reached foot in four hours, the hike starts at 7am. Shorter guided walks of around two hours can be taken through the Narus valley extending over a 5km radius from Apoka Tourism centre. Visitors can also wander through the splendid Kidepo river valley.

The 7km mountain bamboo trail to Kapkwai cave passes through tropical and bamboo forest on the way to the Tutum cave. Along the trail are many primates, birds and rare trees such as Elgon trek. Alternatively, you can go to the view point through Nabuyonga loop where you can see Jackson’s summit and Wagagai peak.

The communities of Ruboni and Turaco view offer guided forest walks of various lengths just outside the park. Visitors can follow the river Mubuku and glimpse views of Baker and Portal peaks as they hike up to 2300m above sea level. Along the way, keep an eye out for chameleons, squirrels, vervet monkeys and many birds.

There are five main nature trails in Buhoma for those who wish to explore the ‘impentrable forest’. They include: Muyanga waterfall walk, Rushura hill walk, Muzubijiro loop, Ivi river walk and Buhoma- Nkuringo trail. These offer you a sensational sight of the falls, view lakes Edward and George, the Virungas, wild pigs and many others.

The Habinyanja (Railegh) trail takes 4- 6 hours. It takes in a fairly steep ascent of the Habigorogoro and Riyovi ridge overlooking Buhoma River. Following the steep ascent, keen hikers can enjoy a more relaxed gentle slope of the mighty Habinyanja swamp.

This eight hour round trip starts at 8 am and is for birders. The 11km red monkey track follows the parks eastern border- a strong hold of the rare debrazza’s monkey to the Semuliki river. Along the 8km Sempaya nature trail, you can view the hot springs and primates.

Walks on the western side of the lake begin at 7am and take two hours. At this time of the day, you may encounter hyenas returning to their dens and hippos retreating to the lake. Hikes through the woodland provide an opportunity to sight forest birds and mammals, while the walk to the top of the hill rewards visitors with a spectacular view of nine of the region’s fourteen lakes.

A hike through the forest to the deep Sabinyo Gorge provides good birding opportunities and the chance to find the Rwenzori Turaco. This walk takes four hours, and passes through the Rugezi Swamp which is fantastic for bird watchers. The walk to the Congo border transcends different vegetation zones where hikers can cite the calderas on top of the Gisozi hill, look out for Kisoro and Bunagana towns and be captivated by Lake Mutanda.  A gentle steep but an interesting two-hour trek through former farmland to the bamboo forest on a clear day rewards you with a view of the Virunga Volcano range. You may also come across buffalo and duiker.

In conclusion, the fore mentioned experiences are among the many other experiences each visitor should explore while on a safari to Uganda.

Wildebeest Migration: What You Need to Know

Summit Mount Kilimanjaro Along With thousands of Other Climbers

Why Explore Tanzania on Self Drive

Why Zimbabwe is the Perfect Destination for Walking Safaris

How to Have an Affordable Uganda Safari Trip

What to Pack for an African Safari