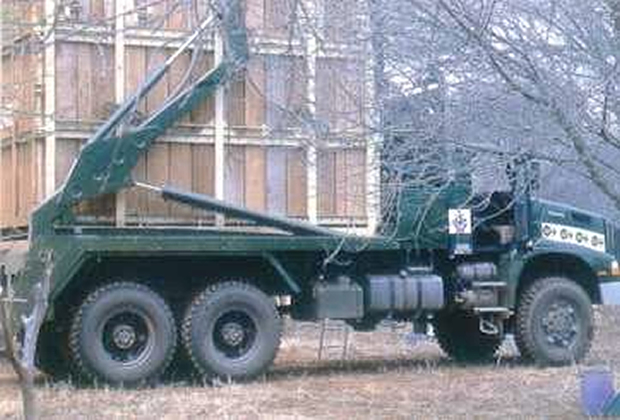 On October 2, last year, Kenya became the third African country – after South Africa and Zimbabwe – to translocate elephants. During the first operation, the Kenya Wildlife Service-Elephant Programme personnel successfully translocated a bull. A family of five was translocated seven days later. However, the operation was suspended on November 5, when two calves and one bull developed complications and died. A postmortem report from Nairobi Hospital indicated that heart failure was the primary cause of death. The animals’ blood samples had elevated, and in some cases toxic, levels of potassium. This was attributed to their having fed on lush vegetation with high concentrations of ions such as potassium.

Elephants are not evenly distributed in Kenya’s game parks and reserves. Some areas have more elephants than they can sustain. Translocation is one of the methods that have been developed to help minimise the problems of elephant pressure in areas where natural migration has been hindered by human activities. If elephants are packed in small areas, they cause environmental problems with far reaching biodiversity consequences. To minimise conflict with humans in their new homes, careful consideration goes into the selection of the release sites. These have to be far from any farming communities and with enough space, food and water, so that the elephants have no inclination to wander out of the park. The elephants are also fitted with radio-collars to closely monitor their movements on a daily basis, enabling rangers to intervene in time and forestall impending conflicts.

Where from? Elephants are being translocated from the Mwea National Reserve where they are damaging the environment and posing a grave threat to nearby farmers and their crops. There are 48 elephants on 48 km2. This is twice as many elephants as the reserve’s ecosystem can sustain. To make matters worse, the reserve is surrounded by human settlements which prevent the animals from migrating naturally.

Where to? They are being moved to Tsavo East National Park where the elephant

population is so low that the park could comfortably accommodate three times its current population. And because there are not enough elephants to clear bushes, these areas have become overgrown making the habitat unsuitable for species which require cleared ground. This reduces biodiversity. Tsavo East and Tsavo West National Parks have a combined elephant population of 7,000. In the 1970s, a total of 45,000 elephants were counted in the two parks. Recent findings reveal that the population could have been as high as 60,000. By 1989, poaching had reduced the population to 6,200 animals. The reduction of elephant numbers resulted in reduced biological diversity due to increased bushland.

The translocation from Mwea to Tsavo is expected to help restore the balance in both areas, and to enhance Tsavo’s tourist appeal.

Who are the candidates? Twenty-six elephants have to be me moved as quickly as possible to get the population “right” in Mwea. Elephants live in clearly defined family and clan units, and have sophisticated social structures. If a family is upset, their natural behaviour and population patterns are also affected. Research identified a family of 26 in Mwea. If all are translocated as a group, disruption will be minimised.

Who to be moved first? Equally careful research of their social behaviour dictates which animals should be moved first, and in what order the others follow, if they are to settle quickly in a new environment.

How are they captured? A marksman riding in a helicopter darts a candidate with a sedative. Once immobilised by the drug, the ground crews blindfold, and fit it with a radio collar (for future monitoring), before carefully placing it into a special crate. The elephant is partially revived before the crate is loaded onto the truck for transportation to its new home, where it will be fully revived and released immediately.

Complications/Challenges Special planning (with military precision), skills and equipment, and extreme care are required to address the complex physical and psychological problems encountered throughout the operation. These range from the angle at which the marksman approaches and darts the elephant, and the drug dosage, to where the elephant runs and falls, and then how it is handled.

Elephants weigh up to six tonnes. Though normally docile, they can be very aggressive if they feel threatened. Every member of the capture team is an experienced specialist in his or her field: pilots, marksmen, vets, winch operators, drivers, armed rangers etc. They must know the terrain and the target animals, and must be familiar with the whole process.

The equipment used is specifically built for the exercise. For example, the translocating truck must be robust enough to drive right up to where the darted animal falls irrespective of the terrain. It has to be able to lower, manoeuvre, tilt and lift a huge crate gently and with precision. It has to be able to re-cross rough terrain with a full load, and move swiftly and smoothly along the roads to the release site.

The operation is planned in such a way that it can be aborted at any stage: To revive and release the animals, and then back off!

The main risks involved in the capture and translocation of giraffes, include the following:

Darted giraffes may wander for two to three kilometres before going down.

When falling, because of their awkward anatomy, they may break/dislocate their long necks or legs, or may go into ditches/holes, rivers or water pools, with fatal results.

Giraffes are sensitive to flight and may collapse especially when chased over long distances. Between May 24 – 25, this year, four male and four female black rhinos (Diceros bicornis michaeli) were moved from Nairobi National Park to Tsavo East National Park. In Kenya (and the rest of Africa), the black rhino population is under tight management to save it from extinction. Current estimates put its population in Kenya at 433 animals. Small groups are widely distributed within KWS sanctuaries, national reserves and private ranches.

The rhinos are being translocated mainly to check overstocking in the sanctuaries and to re-establish them in their natural habitats. Secondly, capture operations are carried out in the event of inadequate security, disease or lack of breeding mates.

A radio collar enables KWS to monitor the animals for four years.

Black rhinos are solitary animals. Therefore, a lot of groundwork goes into identifying those to be translocated. The team carrying out the exercise has to be conversant with the population, and be able to tell the age and sex of the individual animals. A darted rhino wanders for a few minutes before succumbing to the drug. Rhinos are quite heavy. When a darted one runs into a forest or falls into a gulley, it becomes very cumbersome to walk it into the translocating crate after it is partially revived.

KWS intends to move a group of the hunter’s hartebeest (Damaliscus hunteri), commonly known as the Hirola antelope, to Tsavo where they can be assured of security, hoping this will help rebuild its population to stable levels.

The hirola is threatened with extinction. There are only about 300 animals left in the world, all in Garissa District, in Kenya’s North Eastern Province. It is not clear why the antelope has such stringent habitat preferences, being almost unable to establish itself elsewhere.

One of the reasons advanced for its dwindling numbers is stiff competition for food from domestic livestock, whose population has grown steadily over the past 10 years. Besides that, the persistent civil strife in Somalia has made guns easily available in the region, taking its toll on the animal through poaching. Between 1977 and 1983, there were about 7,000 animals, but the 1984 drought decimated the population by more than 80 per cent.