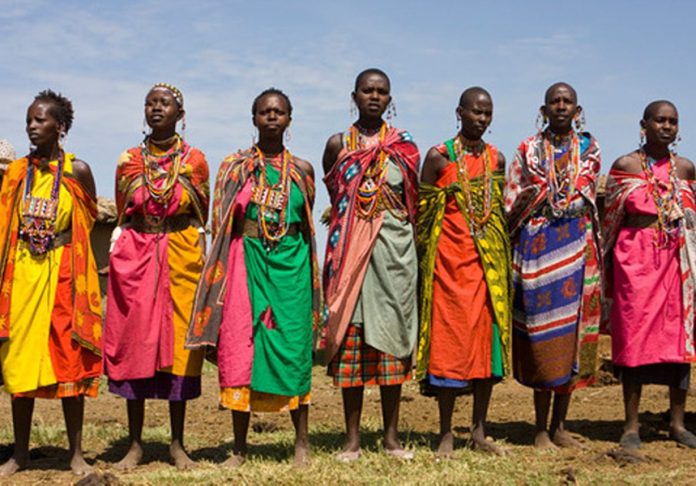 When Kenyan women recently attended the Beijing United Nations Conference, they did not stand out in the crowd as a group despite the fact they were the second largest delegation. Reason? Unlike their counterparts from West Africa, Asia and the Pacific, they did not have a national dress that set them apart from everyone else to any bystander.

Indeed though the Beijing Conference was not about patriotism, many a Kenyan woman interviewed before leaving for Beijing expressed a strong desire to have a national gown to wear while out there.

The Green Belt Movement, a local non-governmental organisation, even considered featuring the design that won last year’s national dress competition in a bid to promote the idea of a national dress for Kenyans.

The frustration of Kenyan women over the failure to identify themselves as Africans is reflected in the words of my 10-year-old niece who soon after seeing us bidding farewell to the Kenyan delegation asked me, ” Aunty, why are those women you were seeing off dressed like Nigerians ? Isn’t there anything Kenyan they could wear?”

“I can’t believe my luck,” said a Nigerian businesswoman who made big sales of Nigerian outfits to Kenyan women before they left for Beijing. “These Kenyan women have literally bought everything I had. Why can’t a Kenyan designer tap this hunger for things African and come out with something Kenyan for these women to wear?”

While it may appear a feasible idea to the Nigerian woman who comes from a country where every region has its own distinct attire, the search for a national dress has been an extremely difficult task for Kenyans.

Arguments against having a national dress, include those that see it as a backward idea. Kenyans have become cosmopolitan and do not need a dress to identify them, they argue. Others argue that if the dress chosen is predominantly from one culture, or draws its inspiration from one ethnic group, that group may develop a superiority complex over others thereby creating an explosive situation.

In short, getting a national dress has been so difficult and stressful that no Kenyan designer has had the guts to go all the way.

Mary Kadenge, aNairobi designer who was involved in trying to evolve a national dress in the 1960’s says, “It is a very difficult task to try and get a national dress; cultural differences always crop up whenever the idea is mooted.”

Despite the arguments for and against the search, the desire to have a national dress has come to the fore in recent days with many a designer expressing their belief in its necessity.

There is no doubt that in recent days there has been a general feeling among designers that such a dress must be found soon.

Leading the designers is Mrs. Margaret Akumu Gould, a librarian turned designer, who has the dream of giving Kenyans a national dress at whatever cost.

For Mrs Gould, the idea of founding “the dress” is like an obsession that will not let go. She spends several hours each day planning how to realise her dream. Since her quest for “the dress” began, she has refused to give up despite numerous drawbacks.

She started her crusade in the late 1980’s when she organised the first ever National Dress Competition at the Kenyatta International Conference Centre in Nairobi.

At that time, the idea was novel and nobody realised its significance. Today, almost a decade later, the idea has become extremely significant, and not just to her, but to Kenyans as a whole.

Late last year, she linked up with the Kenya Tourism Foundation (KTF) to come up with a National Dress Competition which featured over 20 designers.

The competition was won by two designers, Christine Ndambuki and Wacu of Wacu Designs, for their “his” and “hers” designs. Wacu won in the best female category with her cream and brown three-piece kikoyi outfit. Christine’s was a fiery red Nigerian-inspired gown.

Mrs Gould is now joining up with the Ministry of Culture and Social Services to conduct a country-wide search for a national dress. This year, she plans to work in conjunction with the Ministry and a number of top designers to come up with a costume that will “not only make heads turn, but will be acceptable to all”.

Apart from Mrs Gould, a number of other designers have also made valiant efforts to try and Kenyanise the fashion industry. For instance, Zinduka Africa, a group of young and upcoming designers, has not only dedicated itself to helping get a nationally accepted Kenyan dress, but also to making Kenyans appreciate and buy Kenyan designs and fabrics.

To this end, Zinduka has held a number of fashion shows including an interesting street show where they brought their designs on Kenyan fabrics right onto the pavements in the city centre.

One can only hope that such efforts will bear fruit.

A Correspondent Reports
for Safarimate