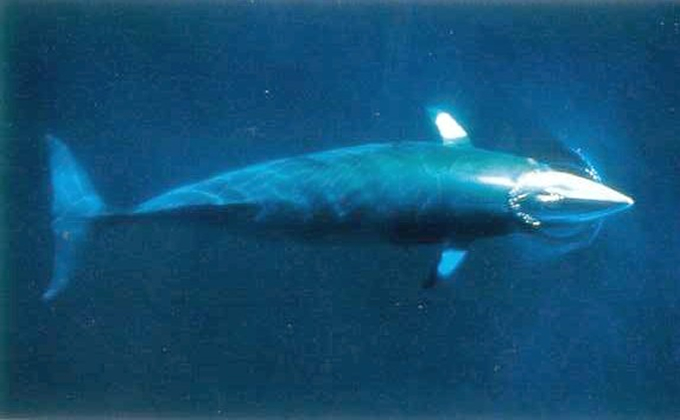 Biodiversity cannot be conserved in a world filled with harmful chemicals. Toxic chemicals move through the air and water, into the earth, plants and animals, and have been detected in wildlife from the Arctic to Antarctica.

For decades, wildlife has sent warning signs about the dangers of chemical pollution. Now scientists agree that many synthetic chemicals are capable of tampering with the fundamental endocrine system of humans and wildlife, which controls development and reproduction through chemical messengers called hormones. Such impacts may have profound effects at the population level.

Yet synthetic chemical use continues to increase worldwide. From 1940 to 1982, the production of synthetic materials increased roughly 350 times. The US production of synthetic organic compounds was about 200 billion kgs in 1992. Global production is estimated to be nearly four times greater – about 750 billion kgs per year. Pesticide use alone is expected to increase at a greater rate in developing countries in the near future. Already, there are some 100,000 synthetic chemicals in commerce. Their breakdown products can be harmful as well. If each chemical metabolizes into three breakdown products, that would mean there are some 300,000 substances to try to monitor in the environment – an impossible task.

Many of these compounds are persistent and bio-accumulative. This means they remain in the food chain – often absorbed in body fat – where they can wreak havoc for a long time. These substances can also travel a long way away from their point of origin. Recent evidence of contamination by DDT of the black-footed albatross in the North Pacific demonstrates that there is no corner of the globe which is untouched.

Although it is hard to pinpoint precisely the role of synthetic chemicals in the decline of species and populations, it is becoming increasingly clear that it is significant. The developing embryo is considered to be the most sensitive life stage, and breast feeding ironically represents the most hazardous time for offspring due to maternal transfer of toxics. For example, although it is not known exactly how organochlorine pollution impacts on different types of whales, evidence suggests that a pregnant whale may be dumping as much as 70 per cent of her organochlorine load onto her young.

Other aquatic species are experiencing problems. One example is the declining amphibian populations around the world. Chemical contamination is believed to be playing a significant role in many of these mysterious declines.

The effects of industrial chemicals and pesticide runoff on whales and dolphins can be subtle and insidious, but are potentially among the gravest threats to their survival. The literature on marine mammals shows that 16 species have experienced population instability, major stranding episodes, reproductive impairment, endocrine and immune system disturbances, organ damage, general health decline, and serious infectious diseases since 1968.

Distressing signs of immune system impairment may be related to toxic chemical exposure including the unusual series of mass die-offs of marine mammals since the 1980s, striped dolphins in the Mediterranean in the early 1990s, harbor porpoises in the Black Sea, humpback whales in the western North Atlantic, and dolphins on the Texas coast in 1994. Most of these die-offs have been linked to high levels of persistent organic pollutants found in the dead animals, although their tissues likely contained other synthetic chemicals.

Another warning sign is the state of the endangered beluga whales in the St. Lawrence estuary: they are now among the most contaminated animals on earth, with tumors, reproductive problems, and heavy metal poisoning.

The main message for those working in biodiversity protection is that it is no longer sufficient to approach population or species revitalization passively by providing an appropriate habitat, monitoring numbers of individuals in populations, and expecting threatened or depleted populations to recover. Contaminants may cause population-threatening changes in the way an organism functions in its environment.

Animals that may appear to be healthy may be suffering from invisible damage which impairs their ability to withstand otherwise tolerable stresses or to rebound after natural disasters. Endocrine disrupting chemicals are a major long-term threat to biodiversity and an immediate threat to endangered species.

At least now there is growing political awareness of the problems of toxic contamination. This is evidenced by the various global and national initiatives on phasing out persistent organic pollutants, toxics use reduction (including pesticide reduction and cleaner production), and the use of toxic chemical inventories to track chemical use and release.

But there remains an urgent need for more research as the insidious nature of toxic contamination means that populations could crash without warning.

Yet one of the great difficulties in identifying exactly how these chemicals affect wildlife and humans is the recognition that the pattern of effects varies among species and among compounds.

General conclusions can be drawn, however. Firstly, and most important, is that even one very low dose of an endocrine disruptor at a crucial stage in embryo development is sufficient to cause irreversible damage. Secondly, the gap between exposure and effect may be a generation or two as the damage caused will be more likely to turn up in the offspring of the affected organisms. Thirdly, endocrine disruptor chemicals, like other synthetic chemicals, can be cumulative or have synergistic effects.

We are just beginning to scratch the surface of understanding the impact of toxic chemicals on the long term viability of whale populations. But there is plenty of evidence that we should be very concerned about some of the more sensitive species.

This legitimate concern, coupled with the long time lag between exposure and effect and the innate difficulties in determining cause and effect relationships, dictate a very conservative approach when it comes to protecting whales. At least until more is known about the biology of individual whale species and the impacts of the multitudinous harmful synthetic chemical substances, the IWC must maintain its commercial whaling moratorium. The tough policy choices made at the end of the day – that is eventual phase-out or some other less restrictive management option – must be informed by the impacts on marine biodiversity. After all, the widespread contamination of the marine ecosystem has many implications for the multitude of species that rely on its health, including humans.