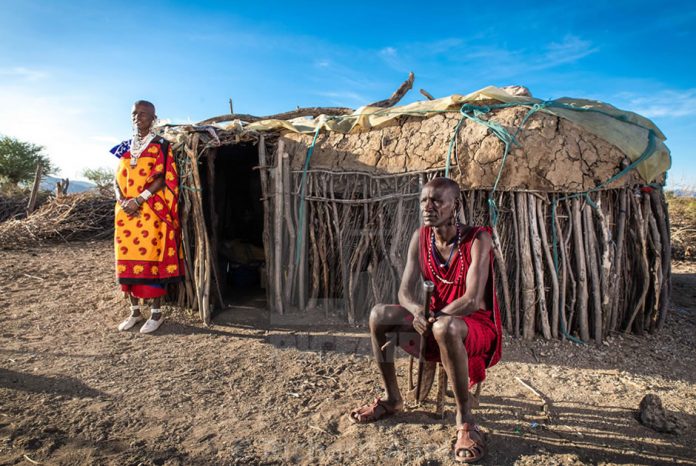 The protected conservation areas of Africa have been the subject of global controversy regarding their spectacular wildlife species, especially the large mammals. This is largely a historical problem dating back to the colonial times when local people were alienated from wildlife which became the preserve of the “masters”. This took the form of protection where the local people were seen as a threat to beautiful wildlife and its naturalness. These protected areas were popularly called game parks as they were used for sport hunting. They have since then been changed into national parks. But today, the legal machinery of protectionism remains intact. Communities are not allowed to harvest wildlife for any economic or socio-cultural utility; entry to the national parks requires a fee and private transport which most rural Africans cannot afford. Yet the same people have to contend with wildlife-inflicted losses, sometimes of colossal proportions, like crop destruction, livestock diseases and even death and injury to family members.

The most stinging attribute in this scenario is that wildlife is the central medium of tourism in sub-Saharan Africa. Other forms of tourism remain a pipe dream due to poor infrastructure, lack of appropriate technology and political instability. In Kenya, for instance, tourism is central to the economy, generating more foreign exchange than any other single commodity. The other major sources of foreign exchange are coffee, tea, and horticulture. The communities growing these crops receive direct benefits from their produce making these regions comparatively well-developed in housing, literacy and health standards.

On the other hand, wildlife areas which earn Kenya more revenue than the above, are among the least developed. Is this so because wildlife rights are vested in the Government? How much do these people lose? Is there any ethical basis to preserve a global heritage at the expense of local economic, cultural and political advancement?

The most erudite study so far in this area has been done by Mike Norton-Grifiths, a prominent wildlife biologist in East Africa but currently attached to the Centre for Economic Resources on Global Environment, London. The findings of his study conducted in the Maasai Mara and Narok District of Kenya were discussed in a series of lectures in Nairobi early this year.

The key issues that are hardly addressed, include the right to benefit from a people’s land, the property rights of all citizens and the opportunity cost of not using the land for direct economic benefits. Ethically, notes the study, the Maasai have the right to benefit from wildlife, primarily, directly and individually as a community and indirectly as a nation, secondarily and collectively. And since other Kenyans have direct property rights on their lands, it is oppressive to deny the same to the Maasai. The Government reaps from wildlife and tourism but the Maasai benefit only marginally, perhaps by omission rather than commission.

From the Maasai point of view, the author has developed a concept of “opportunity cost”, that is, the cost of not developing the Maasai Mara Game Reserve for other land use that could earn more direct benefits to them. By foregoing these benefits, the Maasai bear the opportunity cost of biodiversity conservation, on behalf of the whole world! Besides opportunity cost, there are other indirect consequences of conservation which the author calls externalities. For instance, there is increased cost of production of other goods and services due to competition for grazing land between wildlife and livestock, with wildlife consuming up to 45 per cent of available forage. Also more time and resources are spent on defence and avoidance of wildlife. In some other instances, wildlife transmit diseases to livestock. These imply an increased marginal cost of wildlife against a fall in marginal benefits.

This decline in marginal benefits of wildlife or biodiversity is noted as the main cause of wildlife loss, with Narok District recording a 73 per cent loss in the past 10 years. In the same period, there has not been any wildlife loss in Kajiado District where people own wildlife in group ranches. (The intermigrations of wildlife between the Mara and the Serengeti may also have had minimal contribution to the overall picture.)

Why are the Maasai opting to put their land to agricultural use despite the revenue tourism generates?

According to Norton Grifths, it shows something is not working, demonstrating comprehensively with figures that agriculture is more profitable to these people because they reap direct benefits. The study reveals an estimated development potential of $18 million per annum, compared to the actual one of $ 4 million and argues that if the right to this potential is denied or ignored for the sake of biodiversity conservation, the opportunity cost has to be met, externally!

Not that wildlife should not be conserved. This researcher admits the incalculable value, even non monetary, of wildlife. But the current benefits are mostly domestic (to the government) and global (to the whole world).

Should the Maasai continue footing the bill of wildlife conservation?

Besides the wildlife heritage which has attracted a lot of public attention, there are other natural features and cultural endowments which continue oiling the wheels of the tourist industry but for which these unique peoples are not rewarded adequately.

For instance, addressing the opening editorial workshop on the “Kenyan Coast Handbook”, the Nairobi University Vice-Chancellor, Professor Francis Gichaga, praised the Coastal cultures to whose hospitality he ascribed its suitability as a tourist destination. “The friendly nature of the residents has been responsible for the influx of foreigners and other upcountry people to the Coast Province”, he said

In other words, the province, besides its rich geographical heritage, has a pleasant culture whose combined effect give it the tourist grandeur it commands nationally and internationally.

But do these people realise their national importance in terms of practical socio-economic and political benefits? If their friendly culture is such a national asset, what efforts are being made to preserve it and encourage the coastal people to develop culturally?

Cultural ethos and institutions cannot be preserved if no material benefits accrue from their practice and a community cannot take pride in its cultural endowment if it is of no socio-economic advantage. Beside the economic benefits from tourism, the Coast Province is endowed with a historical heritage of sites like Fort Jesus in Mombasa, and the Kiswahili language whose appeal, and universality made it Kenya’s national language.

Our post colonial governments inherited an unfortunate colonial legacy, where ethnic peculiarities were treated as taboos rather than being harnessed into forces of national consciousness and stability. Today, a majority of Kenyan communities are unable to tap the vast geo-cultural heritage for socio-economic and political advancement.

If the Coastal people would harvest economic benefits from their world famous and seductive sandy beaches and rocky shorelines, they would not envy the coffee farmers in central Kenya. They could afford to buy food from the arable parts of the country and would not have to till their barren soils to stave off the impacts of cyclic famines.

Every community ought to derive optimum benefit from its peculiarity lest sociocultural diversities that make Africa unique will cease to exist. Diversity of any form is a distillation of myriad evolutionary processes and the best way to preserve it is to maintain these processes. But national policies in Africa do not encourage different ethnic groups to benefit from their cultures, languages, artefacts and geographical heritage. It is a pity Africans still use their ethnic diversity to weaken their societies as colonialists did!

Ironically, the people who live next to the most unique natural features have borne the brunt of this neglect. Consider the following marginalised communities.

Coastal people live next to lovely beaches, coral reefs and mangroves which are among the most productive ecosystems in the world, commanding a lot of global funding and scientific attention. The Maasai live in an arid savannah which hosts one of highest animal biomass in the world, with its world famous spectacle of annual animal migrations.

The Turkana live in the desert around Lake Turkana, in what is now called the cradle of mankind and without whose mention no book on human evolution can be complete.

The Pokomo live north of the Tana River Delta, with two endemic species of monkeys: The red colobus (Colobus badius rufomitratus) and crested mangabey (Cercocebus galeritus galeritus). The World Bank, through a Global Environmental Facility (GEF) project gives financial assistance to conserve these species with less emphasis on the Pokomo who like the monkeys are not found anywhere else in the world. This is a very crucial habitat to conserve with unique plants and high diversity of primate species. But the best way to conserve ecosystems or special habitats is to mind about the people first. If the people are poor, their dependence on forests and wildlife will be stronger and vice versa. In other words, the custodians of our unique features, physical or ecological are all associated with poverty and misery, which is unfortunate. Most of these areas are least suitable for agriculture and climatic factors are not conducive to industrious activities. The people have, therefore, developed adaptive behavioural and material cultures to cope with climate. Interestingly, their cultures and geographical features are the most endearing to tourists for reasons that don’t seem to please Wahome Mutahi (see the May – July 1996 edition of Safarimate). But why should people who host such high numbers of tourists be the first casualties of famine, yet tourism is such a rich industry?

Due to the lack of appreciation of the contribution of these cultures to national identity, they are abandoning them in search of more “remunerating” ones. For example, the Maasai are abandoning their pastoral culture which is ecologically compatible with wildlife conservation and resorting to agriculture which is inimical to ecological stability in the dry regions in which they live. But no one can blame them since they are doing so reluctantly and only after failing to benefit from wildlife.

Coastal people are leaving behind their hospitality and collectivity to embrace individualistic cultures of profit and competition. But supposing they were to get the full worth of their cultures without becoming businessmen and farmers? This is quite possible; these areas host more than 90 per cent of Kenya’s tourism, the staple food of the economy, and, therefore, ought to be among the most developed. If Coastal Kenya is that important to the economy, why the incongruence of human poverty, unemployment and illiteracy? Photographs and artefacts of the Maasai, Samburus and Turkana adorn curio shops and tourist hotels throughout East Africa and around the world, yet their children die of hunger and malnutrition. If their cultures, are that “marketable” isn’t it shameful that they sell them at a pittance, when investors in the industry are wallowing in inexorable affluence?

These investors ought to help these marginal communities benefit from tourism and ecotourism, by parcelling out a sizeable proportion of their earnings towards the improvement of the communities’ welfare (education, housing, and energy conservation).

That way, the people’s standards of living will be uplifted without them having to disown their treasured cultures or endangering habitats and wildlife, the livelihood of Kenya’s nature-based tourism.